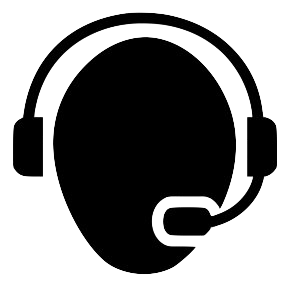 Chat with us
ARTFICIAL 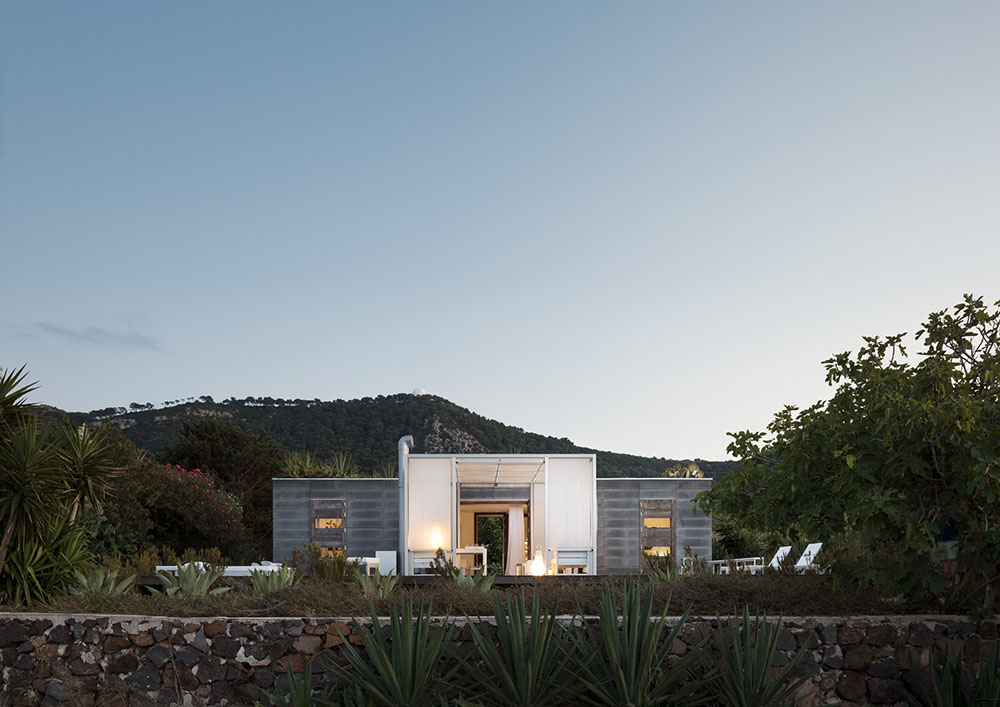 Prickly pears, agaves and other succulents grow undisturbed on the roof garden, resisting the briny spray carried by the sea breezes

The Goddess reigning here moved unseen according to Homer but her bewitching voice can still be heard wafting on the breeze within this house, conceived as a breathing organism.

The research into bioclimatic strategies as a defence against solar radiation and agressive winds is hidden within the unyielding bulk and modular cladding of this geometrically rationalist architecture. The predominantly summertime use of the house in the Tramontana district on Ustica island, has favoured a northern orientation towards the sea, only a few hundred yards away. Thermal comfort is guaranteed by "ventilated walls" clad in lava slabs to form a highly insulated shell beneath which air currents circulate.

The building blends into its setting, not only due to its colours and materials, but also through the thermal exchange with the underground rooms

Prickly pears, agaves and other succulents, resisting the briny spray carried by the sea breezes, grow undisturbed on the roof garden, helping to keep the indoor rooms cool in summer and warm in winter as a layer of insulation. The construction thus blends harmoniously into the wild landscape of Mediterranean scrub consisting mainly of lentisks and broom. The house and shrubs are windswept for much of the year by northerly and northwesterly winds, but the building is protected by its lava shell, inherent to the character of the island known as the "Black Pearl of the Mediterranean". It is an enchanted spot, rocky and barren where nature is expressed to the nth degree and where the sea resonates from turquoise to cobalt blue, according to the light. The entrance is protected from the sun by a pergola facing South towards the "Guardia dei Turchi" mountain, the crater of the volcano of which the island is the summit. To the North the two bedrooms at opposite ends of the building open onto a wide terrace paved in wood. The building and terraces are isolated from the land on which they seem to rest lightly, like fleeting visitors to Circe's island, a Homeric figure "daughter of Helios the Sun God" who cast a spell on Ulysses' companions, transforming them into animals. 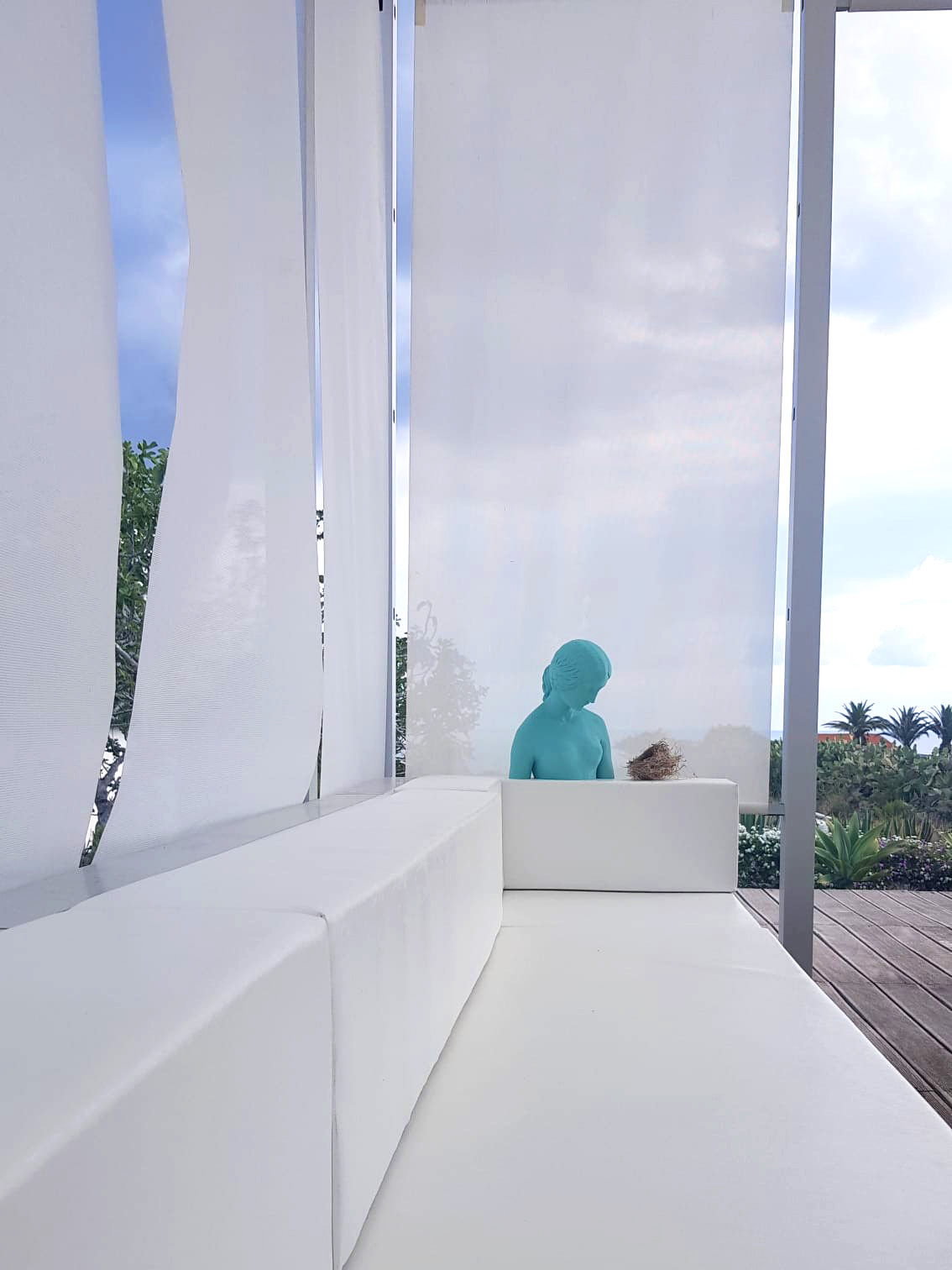 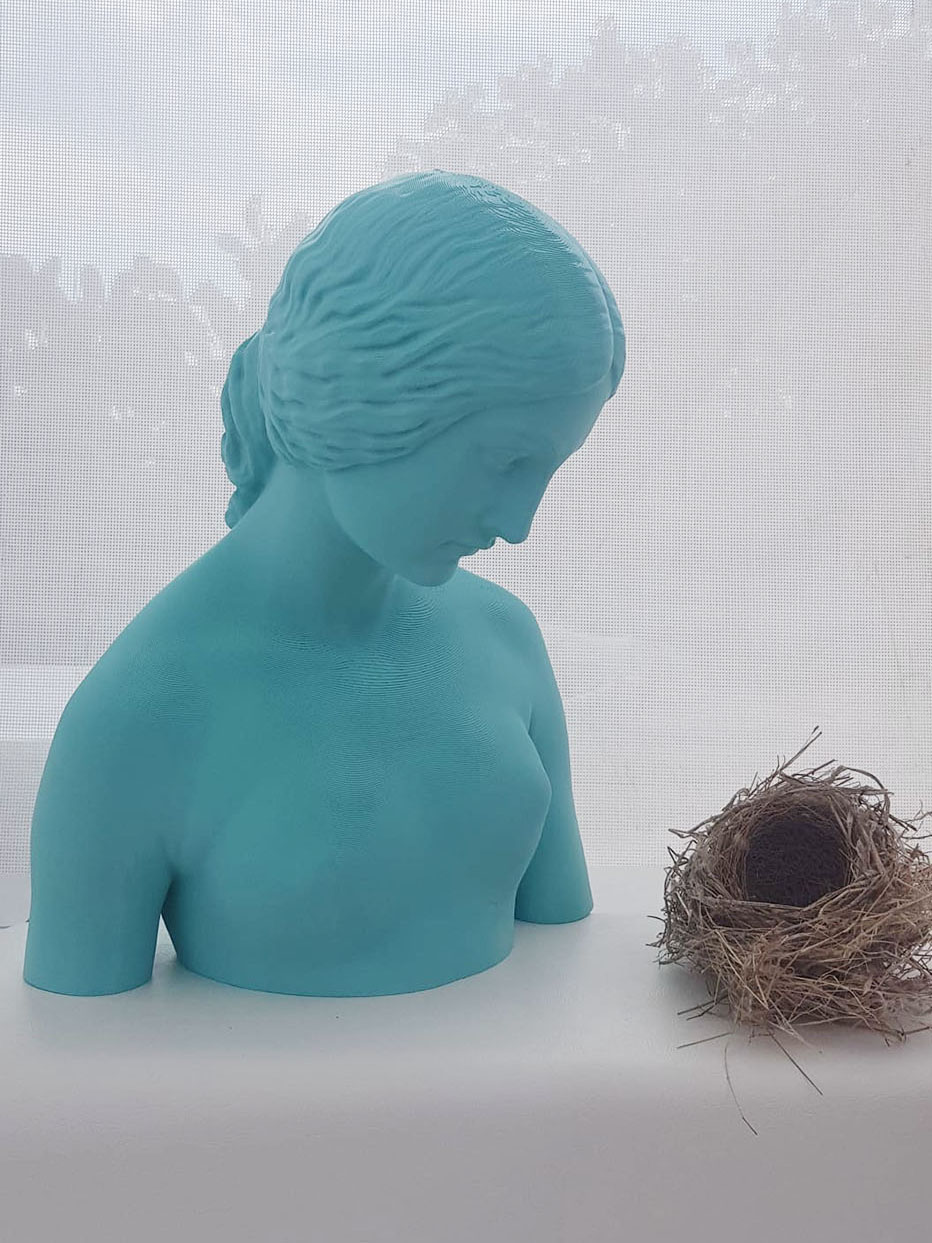 The architecture blends into the habitat with its colours and materials but also due to the thermal exchange with the underground rooms by means of free-cooling, an unusual system of natural chilling. In fact the structure is designed as a breathing organism. Two "nostrils" - ventilation channels - conduct the air into an underground cistern beneath the terrace where the contact with water "magically" cools it. It then circulates in the space under the floor creating a fresh air bubble, which enters the rooms through air vents and chills them without the use of electric conditioners. 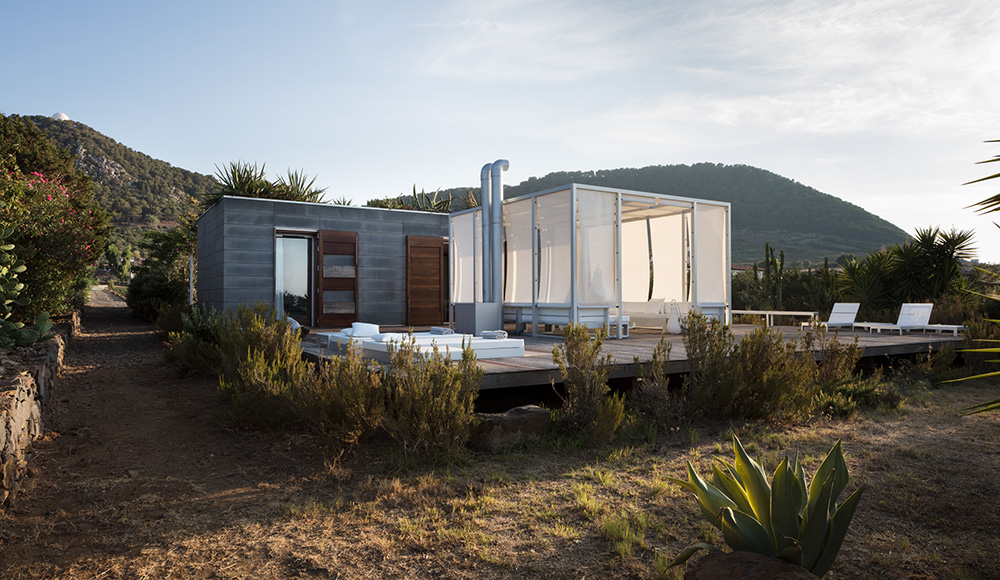 The building and terraces are isolated from the ground on which they seem to be resting delicately, almost as if they were fleeting visitors to the island

Thus the needs of contemporary living are solved by innovative techniques of energy and temperature control, both natural and eco-friendly. The ethereal white gazebo counterbalances the black shell of the house, and the colour is continued in the internal and external minimalist furnishings, expressly designed by the two architects. Also the wooden parquet acts as a continuum on all the floor surfaces. The only exception is the bathroom where black lava is used as a contrast to the intensely luminous blue mosaic of the walls, just like the uncontaminated sea of Italy's first Protected Marine Area, which is still spellbinding. 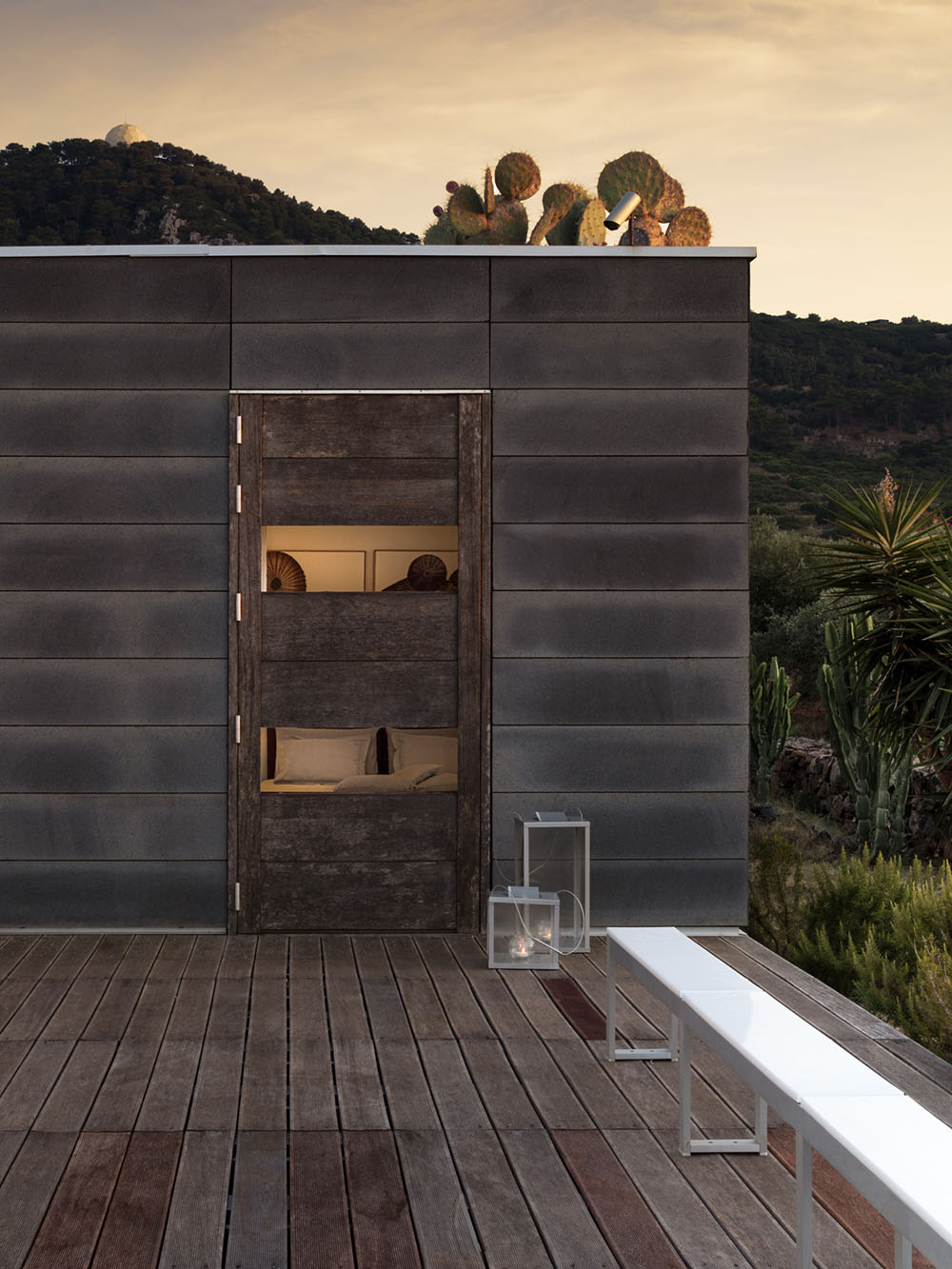 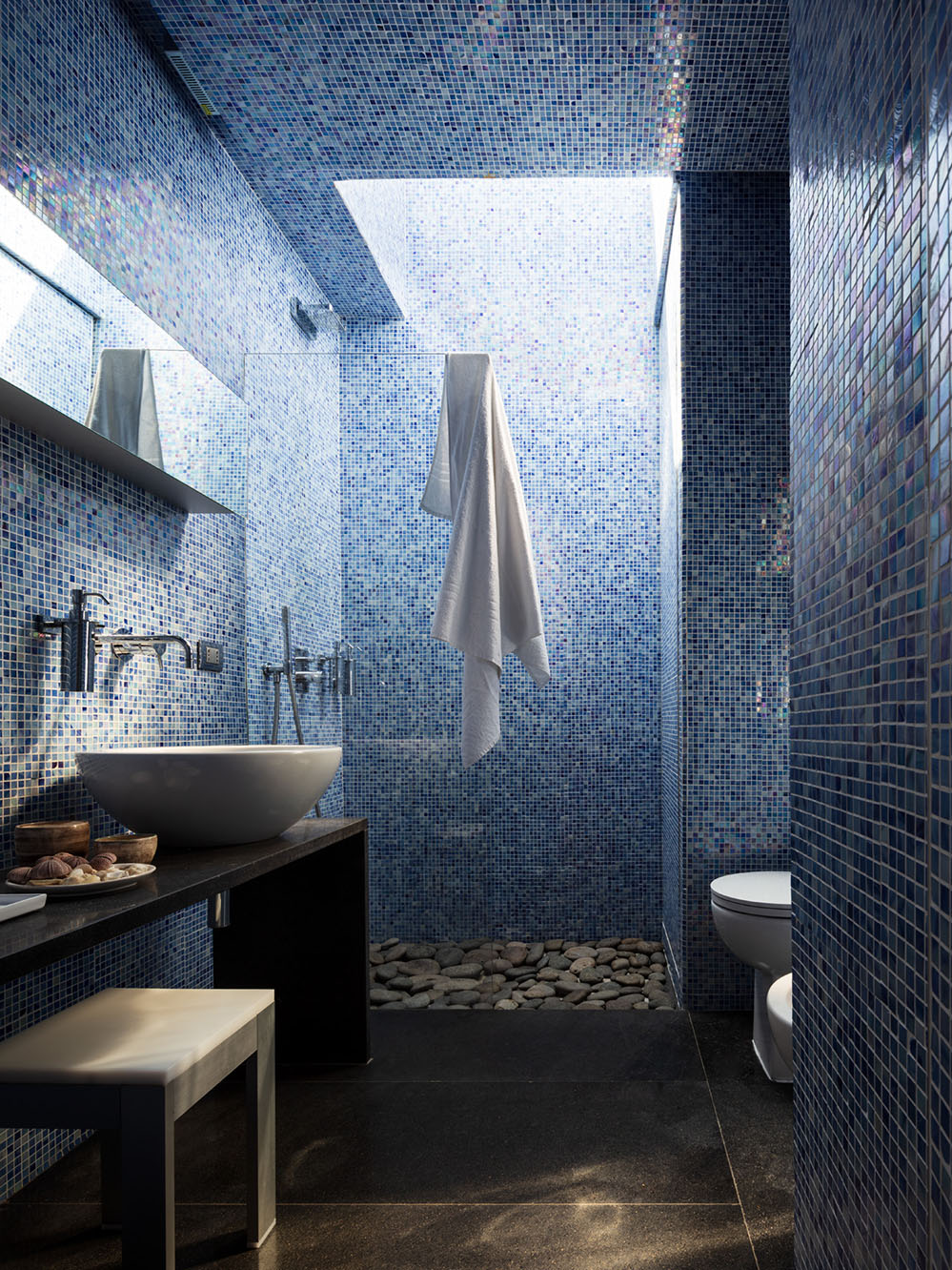 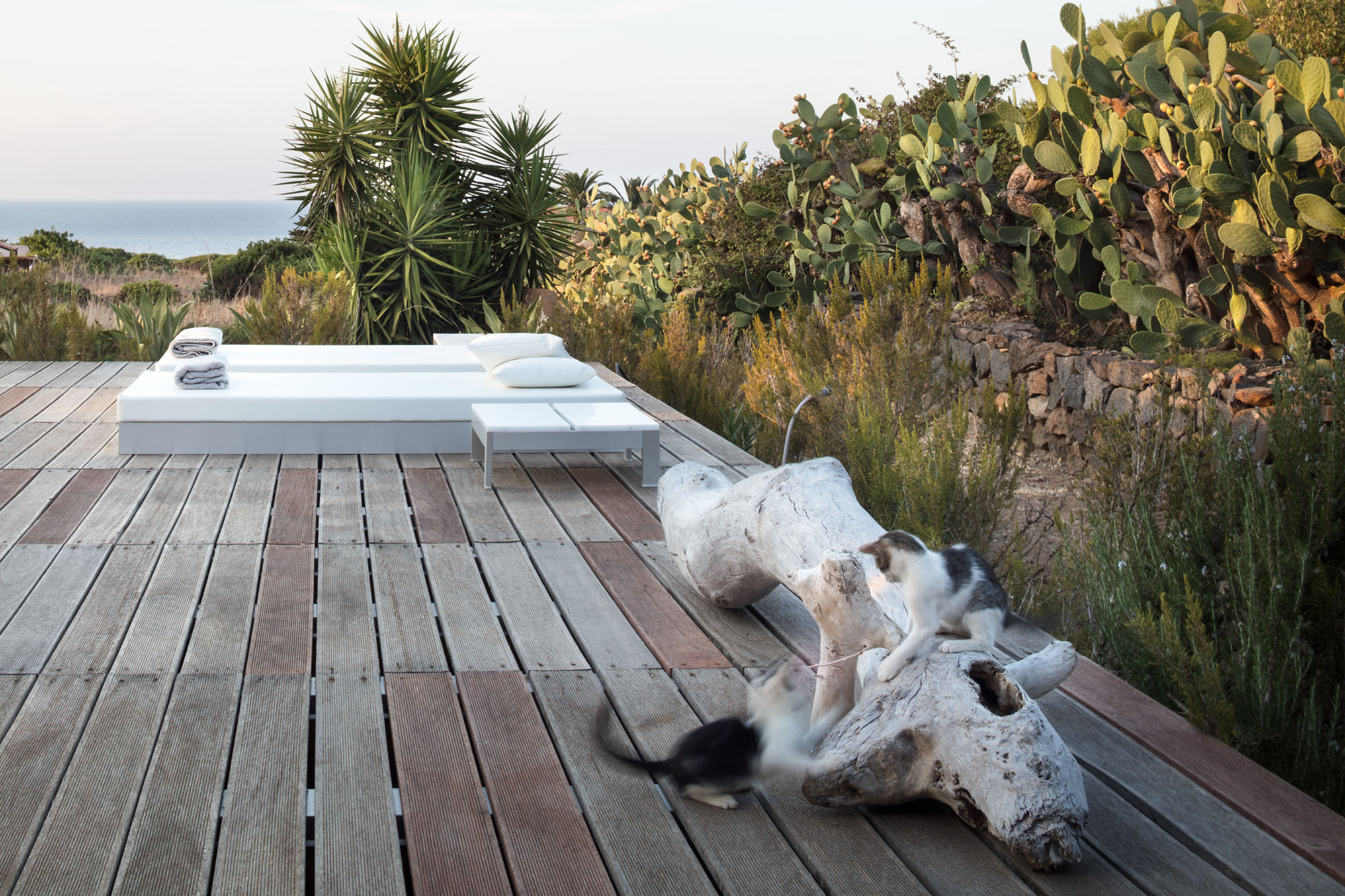 You have successfully subscribed